"Rely on the ordinary virtues that intelligent, balanced human beings have relied on for centuries: common sense, thrift, realistic expectations, patience, and perseverance."

"A good sweat, with the blood pounding through my body, makes me feel alive, revitalized. I gain a sense of mastery and assurance. I feel good about myself. Then I can feel good about others."

Be of Good Cheer

"Humor, mirth, and playfulness are all divinely created to serve God’s purpose in us, to balance the pain, the heartaches, and the tears that assuredly will come."

"Leadership is an essentially moral act, not – as in most management – an essentially protective act. It is the assertion of a vision, not simply the exercise of a style."

"Forgive, derived from the Old English ‘forgiefan’, means ‘To give up, cease to harbor (resentment, wrath; To remit (a debt); to give up resentment or claim to requital for, to pardon (an offence)’ (OED).

"To say ‘I forgive you’ frees the mind & the soul from the burdens of a grudge. Forgiveness neither condones the wrong nor shows weakness. One must be strong to forgive.…"

"In order to have a winner, the team must have a feeling of unity; every player must put the team first – ahead of personal glory."

"…It’s been said that the solution to every problem is so close, you can reach out and touch it. But you can’t touch it with your hand until you touch it with a bit of lateral creative thinking.

"Children seem to be better at lateral thinking than grown-ups, unless grown-ups work at it, practice it. And they can learn the knack – or perhaps, relearn it would be more appropriate. We all were highly creative children at one time, before we had it worn off or knocked out of us by unimaginative, dull adults."

"Great persons are great because of good, strong foundations on which they were able to build a character."

"Without realizing it, we fill important places in each other’s lives. It’s that way with a minister and congregation. Or with the guy at the corner grocery, the mechanic at the local garage, the family doctor, teachers, neighbors, co-workers. Good people, who are always ‘there’, who can be relied upon in small, important ways. People who teach us, bless us, encourage us, support us, uplift us in the dailyness of life. We never tell them. I don’t know why, but we don’t."

"Times have only proven one thing, and that is that you can’t ruin this country, even with politics."

It’s been said that when we love people and go out of our way to help them, we become vulnerable. That’s what the wealthy industrialist Charles M. Schwab declared after going to court and winning a nuisance suit at age 70. Given permission by the judge to speak to the spectators, Schwab made the following statement: "I’d like to say here in a court of law, and speaking as an old man, that nine-tenths of my troubles are traceable to my being kind to others. Look, you young people, if you want to steer away from trouble, be hard-boiled. Be quick with a good loud ‘no’ to anyone and everyone. If you follow this rule, you will seldom be bothered as you tread life’s pathways. Except you’ll have no friends, you’ll be lonely, and you won’t have any fun!"

Schwab made his point – love may bring heartache, but it’s worth it!

A legend tells of a monastery well-known throughout Europe for the extraordinary leadership of a man known only as Brother Leo. Several monks began a pilgrimage to visit Brother Leo to learn from him. Almost immediately, they began to bicker about who should do various chores. 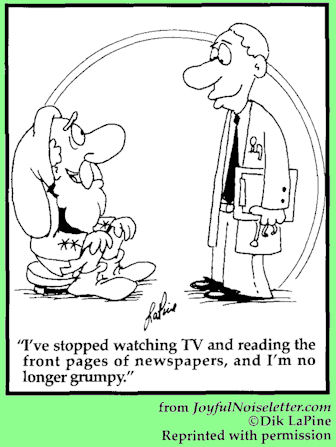 On the third day they met another monk going to the monastery, and he joined them. This monk never complained or shirked a duty, and whenever the others would fight over a chore, he would gracefully volunteer and do it himself. By the last day, the others were following his example, and from then on they worked together smoothly.

When they reached the monastery and asked to see Brother Leo, the monk who greeted them laughed. ‘But our brother is among you!’ And he pointed to the fellow who had joined them.

Today, many people seek leadership positions, not so much for what they can do for others but for what the position can do for them: status, connections, perks, advantages. They do service as an investment, a way to build an impressive resume.

It’s a form of leadership based on example, not command. This is called servant leadership.

Can you imagine how much better things would be if more politicians, educators, and business executives saw themselves as servant leaders?