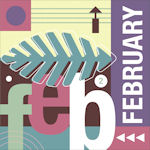 "Much that you learn today wonít be true five years from now; many things you havenít heard today will be important five or ten years ahead. If I teach you something supposedly ërelevant,í Iím guaranteeing irrelevance. If I teach you how to work, to have good attitudes, to take responsibility for your own ideas, to communicate and to think a problem through, no matter what subject matter I use in order to get those basic skills of mind and intellect across, then Iím giving you something you can use for a very long time. Those skills will never change."

"Help us God, and give us light so that we donít stand in our own way, let us do from morning till night what should be done, and give us clear ideas of the consequences of our actions."

To Have a Dream

"Nothing much happens without a dream. And for something great to happen, there must be a great dream.

Behind every great achievement is a dreamer of great dreams. Much more than a dreamer is required to bring it into reality; but the dream must be there first."

"The opposite of courage in our society is not cowardice, but in conformity."

Learning Point: Excellence is a natural behavior of those who have excellence as an inherent core value.

A New Opportunity to Choose

Prayer for the Nation 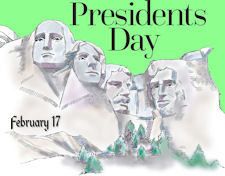 And finally that Thou will most graciously be pleased to dispose us all to do justice, to love mercy, and to demean ourselves with that charity, humility, and pacific temper of mind which were the characteristics of the Divine Author of our blessed religion and with a humble imitation of whose example in these things we can ever hope to be a happy nation.

Grant our supplication, we beseech Thee, through Jesus Christ our Lord. Amen."

"Character is not constructed on cozy cushions of comfort and contentment. It is forged on solid anvils of adversity and perseverance."

"The idea that America was and is a melting pot was always somewhat of a myth, says former Senator Fred Harris. What we need, the Senator adds, is to accept people who are different; not attempt to make everyone the same. As Bishop Fulton Sheen once said, ëAmerica is not a melting pot; it is a mosaic.í"

"A leaderís role is to raise peopleís aspirations for what they can become and to release their energies so they will try to get there."

"Proverbs and quotable quotes can certainly be misused; a clever turn of the language can silence the other party and so get the speaker off the hook. Proverbs, however, still possess enormous value; they are so universally true that they speak a message for everyone. Yet, for the general statement to become a personal wordÖ, it has to be reflected upon for a long time. A proverb, therefore, is not intended to end discussion and silence the other party, but as Ecclesiastes wrote:

The sayings of the wise are like goads;
like fixed spikes are the topics given by one collector (Eccles. 12:11).

They are goads to drive us on to harder thinking and practical application. They are spikes on which to hang our own ideas."

Only Day We Have

"Today is your day and mine, the only day we have, the day in which we play our part. What our part may signify in the great whole we may not understand, but we are here to play it, and now is our time. This we know: it is a part of action, not of whining. It is a part of love, not cynicism. It is for us to express love in terms of human helpfulness."

An old tale tells of two men who were out on the water in a rowboat. Suddenly, one of them started to saw under his seat. He maintained that it was his right to do whatever he wished with the place which belonged to him.

The other man answered that they were in the rowboat together ó the hole he was making would sink both of them.

We have a responsibility to life, to defend it everywhere, not only against our own sins, but also against those of others. We are now all passengers together, in this same fragile and glorious world. Let us safeguard our rowboat ó and let us row together."

On his thirtieth wedding anniversary, the film actor, Robert Mitchum was asked why his marriage had endured so long when those of so many of his show-business colleagues had failed. Mitchum answered thoughtfully, "The secret is mutual forbearance. We have continued to believe that the other will do better tomorrow."