"Come, Holy Spirit,
Spirit of the Risen Christ, be with us today and always.
Be our Light, our Guide, and our Comforter.
Be our Strength, our Courage, and our Sanctifier.
May this new year be a time of deep spiritual growth for us,
A time of welcoming your graces and gifts,
A time for forgiving freely and unconditionally, a time for growing in virtue and goodness.
Come, Holy Spirit,
Be with us today and always. Amen."

"If you are what you should be, you will set the whole world ablaze!"

"Leaders breathe life into their visions. They communicate their hopes and dreams so that others clearly understand and accept them as their own. Leaders know what motivates their constituents. They show others how their values and interests will be served by the long-term vision of the future."

"Wise are those who learn that the bottom line doesn’t always have to be their top priority."

"I define love thus: The will to extend one’s self for the purpose of nurturing one’s own or another’s spiritual growth.

…the art of loving is an act of self-evolution even when the purpose of the act is someone else’s growth. It is through reaching toward evolution that we evolve."

"Man struggles to find life
outside himself,
Unaware that life he is seeking
is within himself."

"The mature, serene person has outgrown petty feuds and realizes that one’s position is as vulnerable to being wrong as is the other person’s. And sometimes both disputants are in the right – they just have different ideas. Let the other person have the right to his or her opinion."

"To accomplish great things, we must not only act but also dream, not only plan but also believe."

"I wonder what would happen if we all agreed to read one of the Gospels until we came to a place that told us to do something, and then went out to do it."

"Relationships seldom die because they suddenly have no life left in them. They wither slowly, either because people do not understand how much or what kind of upkeep, time, work, love and caring they require or because people are too lazy or afraid to try. A relationship is a living thing. It needs and benefits from the same attention to detail that an artist lavishes on one’s art." 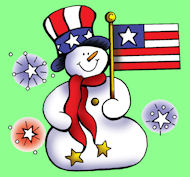 "The world is thirsty for dreams and visions of a new and better tomorrow, for she realizes the truth in the wisdom of the Book of Proverbs, ‘Where there is no vision, the people perish’ (Pr. 9:18).

Where there is no hope, vision perishes, for the heart is then blind to the good, the new, and the fresh hidden in the midst of whatever burdens us."

There ain’t but one thing wrong with any of us in the world, and that’s selfishness."

"A leader’s role is to raise people’s aspirations for what they can become and to release their energies so they will try to get there."

"Live out of your imagination,
not your history."

"The way to happiness: keep your heart free of hate, your mind of worry. Live simply, expect little, give much. Fill life with love. Scatter sunshine. Forget self, think of others. Do as you would be done by. Try for one week and you’ll be surprised."

The One Thing we Can Do

"There is one thing we can do, and the happiest people are those who do it to the limit of their ability. We can be completely present. We can be all here. We can…give all our attention to the opportunity before us."

Don’t Let Your Light Burn Out

One night long ago, a man took a taper (a long, waxed wick), lighted it, and began to ascend a long,

"Where are you taking me?" asked the taper.

"To the top of the house," said the man, "We’re going to show the ships at sea where the harbor is. We’re at the harbor entrance and some ships far out to sea on this stormy night may be looking for our light even now."

"But no ship could see my light!" said the taper. "It’s too small!"

"It may be small," said the man, "but keep it burning bright and leave the rest to me."

Then he climbed the stairs to the top – for this was a lighthouse they were in – and he took the little taper and lighted the great lamps that stood ready with their polished reflectors behind them.

Don’t let your light burn out. Keep it bright and it may do great things.

Light of the World

"Whenever you see darkness, there is extraordinary opportunity for the light to burn brighter."

The world-famous social scientist, Aldous Huxley, once spent a semester at MIT as "Distinguished Professor in the Humanities." one of Huxley’s faculty colleagues at MIT managed to engage Huxley in conversation for hours on end, trying to learn all he could from the distinguished scholar.

Later, when asked about his long conversations with Huxley, he said that he was most impressed by something Huxley said, almost casually, in a quiet moment: "You know, it’s rather embarrassing to have spent one’s entire lifetime pondering the human condition and to come toward its close and find that I really don’t have anything more profound to pass on by way of advice than, ‘Try to be a little kinder.’"