"Life is a quarry, out of which we are to mold and chisel and complete a character."

You Can Be More

"If you don’t like who you are and where us are, don’t worry about it because you’re not stuck either with who you are or where you are. You can grow. You can change. You can be more than you are."

"Next time, instead of running off at the mouth try rolling up your sleeves."

"If we don’t get what we want out of this life, it is seldom because we are not given enough time for it; we have more than enough time. As with most everything else, it’s what we choose to do with it that makes all the difference."

Habits of an Irish King

"In ancient times, an Irish king was asked how he had achieved his station in life. Said he: ‘I was a listener in woods, I was a gazer at stars, I was blind where secrets were concerned, I was silent in a wilderness, I was talkative among many, I was mild in the mead-hall, I was stern in battle, I was gentle toward allies, I was a physician to the sick, I was weak toward the feeble, I was strong toward the powerful, I did not deride the old though I was young, I would not speak of anyone in his absence, I would not reproach, but I would praise, I would not ask, but I would give, for it is through these habits that the young become old and kingly warriors.’"

"…[T]he process of spiritual growth is an effortful and difficult one. This is because it is conducted against a natural resistance, against a natural inclination to keep things the way they were, to cling to the old maps and old ways of doing things, to take the easy path."

"The first task in enlisting others is to find out what you and your constituents have in common. No matter how grand the dream of the individual visionary, if others do not see in it the possibility of realizing their own hopes and desires, they will not follow. It is incumbent upon the leader to show others how they too will be served by the long-term vision of the future."

"Plans get you into things,
but you got to work your way out."

"Since meekness is self-possession in the face of adversity, it enables a person to do good in response to evil. Meekness is not cowardliness, timidity, or servility; it is the power that restrains the onslaught of anger and subjects it to the order of reason. While it may be more natural to express anger when one is assaulted, meekness is the higher path. It prevents evil from completely overcoming the person who is already suffering enough from evil. Meekness prevents this suffering from advancing to the precincts of the soul – first to depression and then to despair."

"What this country needs is more people to inspire others with confidence, and fewer people to discourage any initiative in the right direction; more to get into the thick of things, fewer to sit on the sidelines merely finding fault; more to point out what’s right with the world, and fewer to keep harping on what’s wrong with it, and more who are interested in lighting candles, and fewer who blow them out."

"Moral courage is a virtue of higher cast and nobler origin than physical. It springs from a consciousness of virtue and renders a man, in pursuit or defense of right, superior to the fear of reproach, opposition, or contempt."

"Forgiveness is a funny thing. It warms the heart and cools the sting." 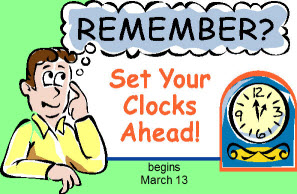 A new understanding of the laws of nature came to them, for when they kept up this practice, nature reduced all the potatoes to the size of marbles. The Irish farmers learned through bitter experience that they could not keep the best things of life only for themselves, and use the leftovers for seeding. The laws of life decreed that the harvest would reflect the planting process.

Planting small potatoes is still a common practice, even today. We still try to keep the best things of life for ourselves and plant leftovers. We expect that by some crazy twist of the laws of nature our own selfishness will reward us with unselfishness. Is this not true in terms of time, personal talents, service to others, sharing our faith, living as the Gospels ask us to live? We need to remember what the Irish farmers learned – we cannot eat big potatoes and still keep on having them through the years.

Truly the harvest reflects the planting season. So the question comes back to each one of us.…What am I planting? What is the harvest in my life now? Or the harvest that is yet to be in years ahead? For it can only be that, ‘as you sow, so you reap.’"

The Death of Someone Else

You see Everybody, Anybody, Somebody, and Nobody all work at a firm and at this firm worked Someone Else. Now the four were greatly saddened to learn of the death of one of the most valuable members – Someone Else.

Someone Else’s passing created a vacancy that will be difficult to fill. He had been around for years and for every one of those years, Someone Else did far more than a normal person’s share of work.

When there was a job to do, a need to be filled or a place of leadership, one name was always given…Someone Else. Everyone knew Someone Else was the largest giver of time and money.

Whenever there was a financial need, Everybody, Anybody and Somebody always assumed that Someone Else would make up the difference.

Now Someone Else is gone.

And the boys all wonder what they will do, no longer can they utter the words: "Let Someone Else do it." If it is going to be done, one of them will have to do it…

And I guess most of the time it will be Nobody. 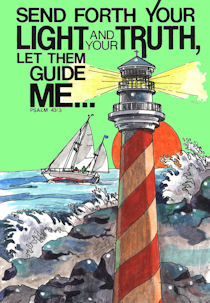