"May there never develop in me the notion that my education is complete, but give me the strength and leisure and zeal continually to enlarge my knowledge."

"Blessed are the mothers of the earth for they have combined the practical and the spiritual into one workable way of human life. They have darned little socks, mended little dresses, washed little faces, and have pointed little eyes to the stars, and little souls to eternal things."

"Nature does not demand that we be perfect.
It requires only that we grow."

"For the best mental health, for the greatest emotional maturity, the individual should have a cause, a mission, an aim in life that is constructive and that is so big one has to keep working on it."

"Walking uplifts the spirit. Breathe out the poisons of tension, stress, and worry; breathe in the power of God. Send forth little silent prayers of goodwill toward those you meet. Walk with a sense of being a part of a vast universe. Consider the thousands of miles beneath your feet, think of the limitless expanse of space above your head. Walk in awe, wonder and humility. Walk at all times of the day — in the early morning when the world is just waking up, late at night under the stars, along a busy city street at noontime."

"The Christian view is: in the reality which I have and am now, there is a possibility for growth which God has put there. There’s a seed God has planted and is going to make grow; what I have to provide is the love and the assent that’s going to permit it to grow."

"People are like stained-glass windows. They sparkle and shine when the sun is out, but when the darkness sets in, their true beauty is revealed only if there is a light from within."

"Leaders make themselves and others comfortable in a changing world. They eagerly explore new ideas, approaches, and cultures rather than shrink defensively from what lurks around life’s next corner. Anchored by nonnegotiable principles and values, they cultivate the ‘indifference’ that allows them to adapt confidently."

"Effective leaders sacrifice much that is good in order to dedicate themselves to what is best."

How to Create Success

"1. Positive Thinking: Success begins in your mind — Dr. Norman Vincent Peal suggests that our thoughts and images are mainly responsible for how we feel…A positive emotion is created by positive thoughts and images.…Dr. Peale says, ‘A problem is a concentrated opportunity…I often say, when the Lord wants to give you the greatest value in this world, he doesn’t wrap it in a sophisticated package and hand it to you on a silver platter…He takes this big value and buries it at the heart of a big, tough problem.…Everybody I’ve ever known who succeeded in a big way in life has done so by breaking problems apart and finding the value that was there.’"

"Nothing great was ever done without much enduring."

"Research is formalized curiosity. It is poking and prying with a purpose."

"While we have the gift of life, it seems to me the only tragedy is to allow part of us die — whether it is our spirit, our creativity, or our glorious uniqueness." 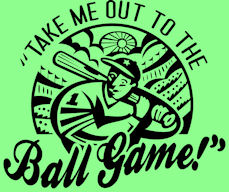 — you are given the higher figure. So, Ted was listed at .400 and that’s the way it would have gone into the record books, too.

Here it was the last day and his manager suggested that Williams sit out the double-header scheduled for the last day of the season to make sure that his average stayed at .400. It was a rare feat to hit .400 for a season (it hadn’t been done for eleven years before that…), and Williams was told not to take the chance of having a bad day and dropping his average a few points.

But Williams stated, "If I’m going to be the batting champion, I’m going to win it like a champion." He played both games of the double-header, and got six hits in eight times at bat to lift his average six points on the last day of the season, to .406. That took the courage of confidence.

Under the Looking Glass

Many years ago, while on a visit to America, a wealthy businessman was fascinated by a powerful microscope. Looking through its lens to study crystals and flower petals, he was amazed at their beauty and detail. So he decided to purchase one of these instruments of marvels and take it back to his country.

He thoroughly enjoyed using it until one day he examined a few grains of rice he was planning to eat for dinner. Much to his dismay, he discovered that tiny living creatures were crawling on the grains. Since he was especially fond of this staple food in his daily diet, he wondered what to do. Finally, he concluded that there was only one way out of this dilemma — he would destroy the instrument that caused him to discover this distasteful fact! So he smashed the microscope to pieces.

"How foolish!" you say, "those little critters are still there even if he chooses not to see them." But how many people do the same thing with the Word of God? They try to rid themselves of it because it reveals their sinful nature. 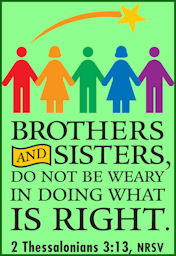 The next "Apple Seeds"® planting
will be in September.
Plant these "seeds" well
and water often. Enjoy!