"It is the supreme art of the teacher to awaken joy in creative expression and knowledge."

"In the rush and noise of life, as you have intervals, step home within yourselves and be still. Wait upon God and feel his good presence; this will carry you evenly through your day’s business."

"All leadership is intrinsically related to mentoring: leading people to new perspectives, facilitating personal and institutional growth, inspiring others, most often by example. This form of empowerment is important to all of us…Our primary gift, task and responsibility, I believe, is not to create a new form of elitism…but to help others name their talents, clarify their dreams and fulfill their potential."

"The grand point in preaching is to break the hard heart, and to heal the broken one."

"Stop: This moment deserves your full attention, for it will not pass your way again."

"Each of us has a spark of life inside us, and our highest endeavor ought to be to set off that spark in one another."

Pope John Paul II addressing a gathering of Franciscan Capuchins exhorted them to fidelity of the charism of St. Francis of Assisi, "…you must perceive the opportunity to stress the coherent, practical and concrete behavior of St. Francis. It is necessary to translate it into deeds, lived values, to the method of direct witness. Indeed, you all know very well the criterion that your founder loved to refer to: plus exemplum quam verbo, with example more than words."

"Once you’ve done the mental work, there comes a point where you have to throw yourself into the action and put your heart on the line. That means not only being brave, but being passionate towards your self, your teammates and your opponents."

In the Ordinary Affairs

"All higher motives, ideals, conceptions, sentiments in a man are of no account if they do not come forward to strengthen him for the better discharge of the duties which devolve upon him in the ordinary affairs of life."

"Discover a sense of mission that life may be important and purposeful for you rather than dull and purposeless."

"Courage, it would seem, is nothing less than the power to overcome danger, misfortune, fear, injustice, while continuing to affirm inwardly that life with all its sorrows is good; that everything is meaningful even if in a sense beyond our understanding; and that there is always tomorrow."

"Mirth is like a flash of lightening that breaks through a gloom of clouds, and glitters for a moment; cheerfulness keeps up a kind of daylight in the mind, and fills it with a steady and perpetual serenity."

"There exists within each of us a longing to leave a legacy, some proof that we were here. We need to know that our lives were important, that somehow our being here mattered. We can attempt to stifle or ignore this desire, but we cannot escape it. As humans we are distinguished and defined by it." 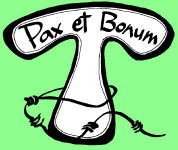 One day Francis was speaking with a member of Assisi’s nobility. The count was bewailing the chaos and scandals that were spreading throughout the region. "Your lordship need not grieve for these things," replied the saint, "for there is a remedy for these problems."

The count quizzically asked, "What remedy can there be for such evils?"

Francis said, "It’s actually simple. You and I must first be what we ought to be, then we shall have cured what concerns we have. Let each individual do the same and the reform will be effectual. The worst is that everyone talks of reforming others, without trying to correct one’s own area of chaos and scandal. In this way evil remains as disorder everywhere."

Abraham Lincoln was noted for the many tales he frequently told when speaking. On one such occasion he told a story about a king who wanted to go on a hunting party. In preparation the king consulted the court’s minister if it was going to rain. He was assured that the hunt would not be dampened, but that it would be a sunny day.

As the royal party set out through the gate of the castle they met a farmer riding a jackass. The farmer warned the king not to make the journey; that it was going to rain, but the king only laughed at the simple peasant. Very soon the floodgates of the heavens poured forth a torrent that thoroughly drenched the royal hunting party.

When the king returned to the castle he fired the court minister and sent for the farmer. He asked the simple farmer how he knew it was going to rain that day when the morning sky was sunny and cloudless. The farmer told him frankly, "I didn’t know. My jackass has a way of knowing these things. It puts one ear forward when it is going to rain."

So the king sent the farmer home to his farm a much richer man, having sold his jackass to the king. The king then put the farmer’s jackass in the position of court minister.

Lincoln allowed that this was a great mistake on the king’s part. When asked why, President Lincoln replied, "Why, ever since that time, every jackass wants a public office."