"I find the great thing in this world is not so much where we stand, as in what direction we are moving: To reach the port of heaven, we must sail sometimes with the wind and sometimes against it, ľ but we must sail, and not drift, nor lie at anchor."

"We have no government armed with power capable of contending with human passions unbridled by morality and religion. Our Constitution was made only for a moral and religious people. It is wholly inadequate to the government of any other."

"Fear knocked at the door. Faith answered. No one was there."

"It teaches the strong to know when they are weak and the brave to face themselves when they are afraid. To be proud and unbowed in defeat yet humble and gentle in victory. And to master ourselves before we attempt to master others. And to learn to laugh, yet never forget how to weep. And to give the predominance of courage over timidity."

"Rule ThirteenůWelcome every morning with a smile. Look on the new day as another special gift from your Creator, another golden opportunity to complete what you were unable to finish yesterday.ůToday will never happen again. Donĺt waste it with a false start or no start at all. You were not born to fail."

"As in most matters of spirituality, tolerance begins with vision ľ the ability to see the world in a way that is somehow Ĺdifferent.ĺ Tolerance requires that special kind of vision that Ĺseesĺ helplessness, for if we can see our own helplessness, then we can understand that others are helpless too."

"The right angle to approach a difficult problem is the Ĺtry-angle.ĺ"

"In the Book of Proverbs it is written: Where there is no vision, the people perish (Prov. 29:18).

We must see something before we make our ventures! Faith must first have visions: faith sees light, if you will, an imaginary light, and leaps! Faith is always born of vision and hope! We must have the gleam of the thing hoped for shining before we can have an energetic and energizing faith.ů

We need a transformation in Ĺthe things hoped for.ĺ We need to be renewed in mind, and renewed in mind daily. We need to have the far-off towering summits of vast and noble possibilities enthroned in our imaginations. Our grey and uninviting horizons must glow with the unfading colors of immortal hopes."

"What often passes for leadership today is a shallow substitution of technique for substance. Jesuits eschewed a flashy leadership style to focus instead on engendering four unique values that created leadership substance: self-awareness, ingenuity, love, and heroism. 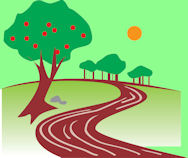 In other words, Jesuits equipped their recruits to succeed by molding them into leaders who:

Moreover, Jesuits trained every recruit to lead, convinced that all leadership begins with self-leadership."

"How convinced are the ignorant."

"To live in the presence of great truths and eternal laws, to be led by permanent ideals ľ that is what keeps a man patient when the world ignores him and calm and unspoiled when the world praises him."

"As a virtue, magnanimity includes humility, confidence, and hope, but excludes their close neighbors, the vices of presumption, ambition, and vainglory. A magnanimous person must have the humility to know what he can do, the confidence that he can do it, and the hope that his plans will come to fruition. If he overestimates his abilities, he is presumptuous; if he desires to accomplish more than is realistic, he is ambitious; if he exults in his accomplishments, he is vainglorious."

"There are many who look,
But only some who see."

Children of the Almighty

A teacherĺs patience with his students is based on his attitude toward them.

Rabbi Neiman related that when he was a student in Europe before World War II, he entered the home of his teacher Rabbi Rosenstein and observed that his teacher was testing a young child on what he had learned that week.

Rabbi Neiman asked him who the child was, and Rabbi Rosenstein whispered, "Heĺs a child of the Almighty."

Noticing the puzzled look, Rabbi Rosenstein explained. "If I told you he is the son of this or that person, you would then feel that you know his identity. But the identity that an educator has to keep in mind is that all of his students are children of the Almighty."

When a teacher has this attitude, he will have the patience to educate each student at his own unique pace.

A woman was discussing with her spiritual director what God might be calling her to do with her life and what steps she should take next.

The director listened carefully, and then asked her what were her immediate plans. The woman responded that she had no plans; she would simply wait for God to give her a sign.

The director asked her to reflect on a few Bible texts and how Godĺs call was experienced. At their next meeting, the woman said she had decided to get a part-time job, although she felt God was calling her to something else ultimately.

"What made you decide to get a job?" the director inquired.

"Well," the woman replied, "it seemed to me that every time God called somebody in the Bible to do something, they were already doing something else." 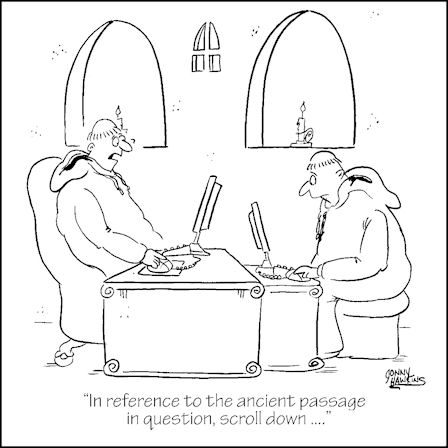