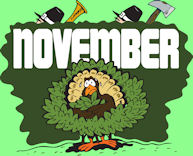 "Life is made up, not of great sacrifices or duties, but of little things, in which smiles and kindnesses and small obligations, given habitually, are what win and preserve the heart and secure comfort."

"Rav Simcha Wasserman spoke to a fervent group of young people saying, ĎIn every one of us is a beautiful pearl.í Then with tears pouring down his face, this elderly man said, ĎBut the problem is that the pearls are all covered with mud.í I felt the incredible sincere love he had for all of us and I was inspired to uncover my own pearl and allow my soul to shine.

I learned that no matter what mistakes I make in my life, no matter how much external success I achieve, my true value lies in this pearl, this unique soul whose value cannot be diminished by anyone or any events that may take place.

The Jewish view of self-esteem is based not on having to pump myself up to get the high of feeling great in the eyes of others. Rather it is about becoming aware of the greatness that God already placed within me."

"Mistakes are the usual bridge between inexperience and wisdom."

"Civilizations decline, not necessarily through some colossal criminality, but from multitudinous cases of petty betrayal and individual neglect."

"Few persons realize how much of their happiness is dependent upon their work, upon the fact that they are kept busy and not left to feed upon themselves. Happiness comes most to persons who seek her least, and think least about it. It is not an object to be sought; it is a state to be induced. It must follow and may not lead. It must overtake you, and not you overtake it.Ö"

"Donít wait!
The time will never be just right."

"The leaderís task is to help people choose between the status quo and attempting greatnessÖbetween caution and courageÖbetween dependency and autonomy."

"I will invite Godís spirit to fill my spirit, and I will give thanks. I will let Godís Spirit guide and direct me throughout the week. When I am open to Godís spirit I am open to new life, new hope and new joy. I pray to be open to the Spirit of God. Remember: when you are open to Godís Spirit you are open to the greatest possibilities for new life that ever can be given to you."

Get Rid of Guilt

"GuiltÖis an immbolizer. Itís a negative, gut-wrenching, painful emotion that has no place in the life of a fully functioning personÖ

If you do something and you donít like itÖif you donít like the way it turned out, you can decide not to repeat it or not to behave in that way anymore. In that way, you resolve it. Of course, you also have the choice to be all upset about it. Or you could feel guilty about it, meaning youíre immobilized in this moment because of something youíve done in the past over which you no longer have any control."

"Your audience will not remember what you say, but what they see in their minds. Tell stories."

"The call of Advent is a radical one, for it challenges us to clear out of the way anything that prevents the path of God from being straight. What makes that path crooked are ideas, attitudes, institutions, structures and systems that are not aligned with peace and justice. Advent calls us to more than a change of heart; it also calls us to a change of society Ė and to the radical prayer that enables both."

Parable of the Oboe

A string ensemble was rehearsing for a concert at a downtown hall. The eveningís program included a wonderful descant for the oboe. The oboist was exceptionally talented, but for some reason, the music sounded terrible. The leader of the ensemble insisted that the oboe was out of tune, so the oboist adjusted the reed of her instrument to bring it into tune with the other instruments. But the music continued to sound distorted and out of key. The other musicians were becoming increasingly critical and impatient. After several attempts, the leader proposed that the oboe part be dropped from the performance.

An elderly gentleman was sitting in the back of the hall during the rehearsal session. He quietly went up to the leader during a break in their practice and said, "Please forgive my intruding, but orchestras tune their instruments to the oboe?"

The members of the ensemble were dumbfounded. They had forgotten a basic performance principle: an oboe sounds the proper pitch Ė it was the other instruments, tuned to one another, producing strident notes of discord, that were out of tune. When the other musicians tuned their instruments to the oboe, the music began to sound like music again.

Are you in tune? Especially in times when the music of our lives is out of tune, discordant, drowned out or even silenced, may we have the faithfulness to hear the "inner oboe" who restores us to harmony with God and with the ensemble of Godís People.

A hardened reporter once asked a pastor if there were any way God could change the world into a better place.

The pastor replied, "Yes, a supernatural way and a natural way."

The reporter wanted no nonsense about the supernatural, so he asked, "Whatís the natural way?"

The pastor said, "God, could send legions of angels to force everyone to do what God wants done."

Flummoxed, the reporter then asked, "Well, whatís the supernatural way?"

The pastor gently replied, "We could let God change our hearts." 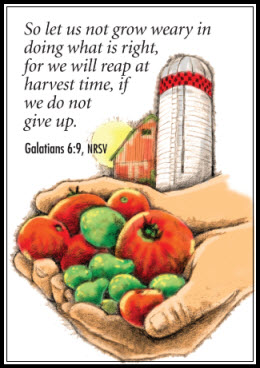